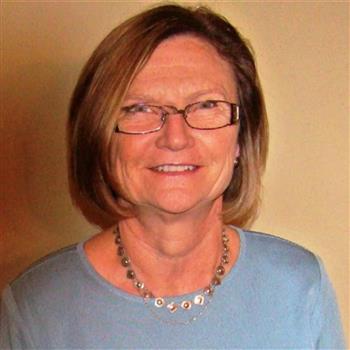 In Loving Memory of Edna Clemens

Created by The Clemens Family
Donate

Edna Bernice Johnstone Clemens died peacefully on May 30, 2018. Her passion for living and remarkable kindness defined an accomplished life filled with love for her friends and family. Edna was born in Houston, TX on December 31, 1947 to Mr. David Wayne Johnstone and Mrs. Dorothy Jean Johnstone. She attended Jesse H. Jones High School and then Lamar University where she pursued a Mathematics/Physics major in the School of Engineering and had a summer job at the National Aeronautics and Space Administration (NASA). Following college, she moved to a position in geophysical research at Texas Instruments in Dallas where she worked for 5 years. With the start of the World Wide Web, she transitioned her career to telecommunications and mobility management. She developed software for the Clemens Technology Group, Tandem Computers and finally with Hewlett Packard. While continuing to pursue a flourishing career, Edna also completed two Master’s degrees in Conflict Management and Telecommunications at Southern Methodist University in Dallas. The last portion of her career involved managing international software development groups for Hewlett Packard, which included frequent visits to Austria and France. She met her husband James Alexander Clemens at a single's group at the Preston Hollow Presbyterian Church. They enjoyed 46 years of marriage together and raised 3 children that they are extremely proud of. Edna distinguished herself by excelling in everything that she set out to do. Besides the passion she had for her career and family, she also found great enjoyment in her hobbies. Her husband Jim introduced her to long-distance running in the early 1970’s and together they joined a community of runners that gathered every week at the White Rock Lake in Dallas. There she established life-long relationships with friends who together participated in countless running events including the Dallas, New York and Boston marathons. Among her many other interests, Edna excelled in embroidery arts. She was a member of the Embroidery Guild of America and received awards for her needlework craft, including a ribbon at the State Fair of Texas. After retirement, Edna became a dedicated volunteer. She was an active participant in the women’s group at Preston Hollow Presbyterian Church and in the Reading Partners program. Edna touched many young lives by making regular visits to Dallas area schools to tutor students from disadvantaged background who struggled with reading skills. In the Spring of 2017, Edna was diagnosed with multiple myeloma. Edna was determined to fight the illness and she did so until her last moments at the M.D. Anderson Cancer Center in Houston, TX.

Edna is survived by her husband Jim, children Mike, Ann and Alex as well as her mother Dorothy and siblings Gary, Joy and Cindy. She leaves behind many more who loved and admired her beautiful spirit. The family wishes to honor her by supporting causes that Edna cared deeply about, including the support of research efforts to find better treatments and a cure for multiple myeloma. In lieu of flowers, consider a donation in her loving memory to the Multiple Myeloma Research Foundation.

About the Multiple Myeloma Research Foundation (MMRF): The mission of the Multiple Myeloma Research Foundation (MMRF) is to find a cure for multiple myeloma by relentlessly pursuing innovation that accelerates the development of next-generation treatments to extend the lives of patients. Founded in 1998 by Kathy Giusti, a multiple myeloma patient, and her twin sister Karen Andrews as a 501(c) (3) nonprofit organization, the MMRF is a world-recognized leader in cancer research. Together with its partners, the MMRF has created the only end-to-end solution in precision medicine and the single largest genomic dataset in all cancers. The MMRF continues to disrupt the industry today, as a pioneer and leader at the helm of new research efforts. Since its inception, the organization has raised over $400 million and directs nearly 90% of the total funds to research and related programs. To learn more, visit themmrf.org.

Joan West
We will miss you Edna! Love, Joan & Neil

Annabelle (with Mike)
Edna and I met at White Rock Lake as part of a group that ran around the lake on Saturday mornings, and we ran together for over 40 years. As many others have commented, she was kind, generous, intelligent, unflappable, and the most goal-oriented person I’ve known. She was also excellent company on a long run or walk. I will miss her very much.

Colby Jarvis
I did not know Edna, but have the chance to be a friend to her amazing son who I have no doubt she would be continuously so proud of. Much love and support.

Lisa Kravitz
I admired Edna's calm and balance at work, and was inspired by her athletic achievements in her personal life. She had a positive influence on me and so many others. Cancer has taken too many people too soon. We will carry our memories of Edna with us. Rest In Peace.

Lucinda Blow
Edna is such an amazing sister, and an inspiration to all. I will miss her every day.
7.

Joy Cobb
I am privileged to have known Edna through our mutual stitching group. I will miss her terribly. She was my walking buddy, sounding board, "go to" volunteer. She was bright, articulate, caring, humble, always helpful. We swapped stories about kids, elderlies, books and travels. Her friendship blessed my life beyond measure. My deepest condolences to Jim, Michael, Ann and Alex.
8.

Rick Gray
I met Edna and Jim though their daughter Ann. We had a nice long talk while Ann was going through her dissertation defense. Edna was truly an exceptional and delightful person and obviously loved by all who knew her.
9.

Gary Johnstone
Edna touched many people in such a loving manner, her heart was good. I will miss her. So lucky to have her for a big sister.
10.

Irene & Leonard Ellis
We worked together for years, she was a thoughtful, supportive colleague & boss. Fair winds, Edna.

MADRON J HARTLEY
Edna was a remarkable woman. Her heart shows through in her family as well as how she volunteered her time.
12.

Anonymous
We miss you so much!