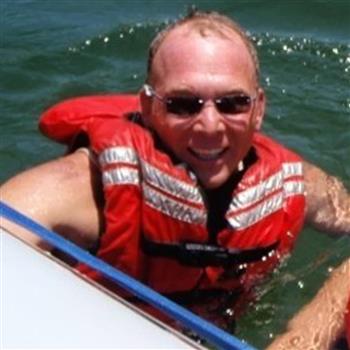 In Tribute of Randy L. Perry

Created by The Perry Family
Donate

Help us honor Randy while making a difference in myeloma research. We also encourage you to share your memories and stories with Randy below.

Randy L. Perry of Lebanon, OH passed away on August 24, 2019 at the age of 60 after a hard-fought battle with Multiple Myeloma. His infectious humor and love of a good time will never be forgotten.

Randy was born on June 8, 1959 in Salem, OH. He attended Vermilion High School where he was a member of the football and wrestling teams. This is important to note because in later years, he would playfully remind his children of his high school “glory days,” and couldn’t go long without repeating his all-time favorite sports line, “#16 in your program and #1 in your heart.”

After graduation, Randy immediately took his first job with the railroad, humorously referring to it as “Choo Choo U.” His unwavering work ethic allowed him to quickly move up to senior management positions. In his final years, Randy oversaw train safety and compliance at Genesee & Wyoming. He dedicated his life to the railroad industry and truly embodied the meaning of the phrase, “there is no substitute for hard work."

Randy was an avid golfer, frequent cards player, and fiercely loyal to the Cleveland Browns. All who knew him experienced his trademark quotes and quick one-liners that could make anyone laugh, like his infamous go-to, “land the plane.” He was happiest out on the water catching largemouth bass, northern pikes, and everything in between – especially while in his fishing boat that he aptly named “Mighty Bite.”

He is sorely missed and survived by his wife, Cory; his mother, Carol; his six children, Nathan, Krista, Kim, Matt, Connor and Colton; his brothers, Chuck, Giles, Mike and Steve; his grandchildren, Brantley and Emerson; as well as countless extended family members, colleagues and friends.

Randy’s family asks all that knew him to raise a glass of whiskey in his honor and toast to a life well-lived. As Randy always said, “herrrre we go.”

About The Multiple Myeloma Research Foundation (MMRF):
Along with its research and medical industry partners, the MMRF has fueled more studies, initiated more trials, developed more treatments, introduced more medicines, and have had a far greater impact than any other organization on myeloma.

Mml Pr Family
So so very sad for your loss. We love you, KP!

Michael Byrd
You and your family are in our thoughts and heartfelt prayers.
5.

Don And Libby Seil
A great friend, colleague and adviser, it's hard to think of a world without his friendship. Our prayers for his loved ones.

Megan Meagher
Kim, I’m so sorry for your loss. Thinking of you and your family.

Andrew Balysky
We are so sorry for your loss. - The Balysky’s
12.

Pod 1 At Mml PR
Kim, we all love you and are so sorry for your loss. Keeping you and the rest of the Perry family in our thoughts and prayers <3 Our deepest condolences from the ladies of Pod 1 at mml PR.

Shannon Forcade
Sending prayers to you and your family Kim!
17.

MiMi Levine
KIM - Land the plane was your dad???? What a legacy! Cheers to you, Randy! I love you Kimmy, and I’m so sorry for your loss. Here for you always ❤️

Elise Tabin
Dear Kim, We are so sorry for your loss. You are in our thoughts. Our deepest condolences, Elise and the Hush & Hush team
20.

Lauren Lakin
Sending all of my love!
22.

Mark & Melissa Lambert
Our thoughts & prayers are with Family, so shocked to hear about Randy passing. Had some great memories of him and baseball while you were here in Exeter. Do sorry for your loss.😞😢
25.

Alan, Lauren And Piper Bierce
Our deepest condolences. We love you all very much!