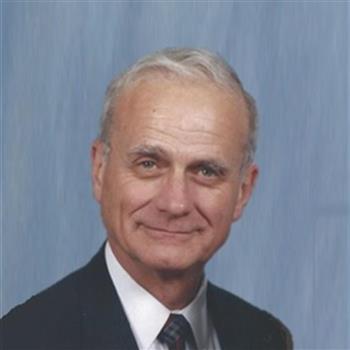 In Honor of David Leete Burt

Help us honor David while making a difference in myeloma research.

David Leete Burt passed on to eternity on 4 June 2018 from complications due to multiple myeloma. He was a devoted husband, father, grandfather and great grandfather.
Dave was born in Appleton Wisconsin on 25 April 1935, the son of Edwin and Agnes Burt. He attended Niles Township High School in Skokie, IL, and in 1957 graduated from DePauw University in Greencastle, IN. He was a member of PHI KAPPA PSI fraternity. Upon graduation he married Virginia Jacobson of Glenview, IL and entered the Navy through the Aviation Officer Candidate School in Pensacola FL. He received his commission as an Ensign and entered flight school where he received his Navy wings of gold. Dave served 21 years, made multiple deployments, and served at many locations throughout the United States including the Island of Guam. He retired from active service at the rank of Commander. As a pilot, he flew the Grumman E-1 Tracer and the S-2 Tracker as well as numerous other aircraft in the training command and for proficiency flying. While serving, Dave also received his Master’s Degree in International Relations from American University.
After the Navy, Dave went to work on Capitol Hill and consulted for the Defense Industry. Following that, Dave took a job with George Washington University where he last served as the Director of their Arlington Graduate Education Center. Dave served on the staff at GW for 25 years.
Dave served faithfully at Messiah United Methodist Church in numerous roles over the last 40 years. He also volunteered numerous hours as a docent at the Smithsonian National Aviation and Space Museum, Udvar-Hazy Center in Chantilly, Virginia where he could share his love of flying and knowledge of airplanes. He loved traveling with his second wife Betty and helping her with home and garden projects around their home. Dave also enjoyed spending time with his three sons and their families.
Dave is predeceased by his wife Virginia and is survived by his second wife, Betty Ann, his three sons and their wives, his sister and her husband, 8 grandchildren and 6 great grandchildren.

Please consider joining us to fight multiple myeloma. Together we can make a difference.


About the MMRF:
The mission of the Multiple Myeloma Research Foundation (MMRF) is to find a cure for multiple myeloma by relentlessly pursuing innovation that accelerates the development of next-generation treatments to extend the lives of patients. Founded in 1998 by Kathy Giusti, a multiple myeloma patient, and her twin sister Karen Andrews as a 501(c) (3) nonprofit organization, the MMRF is a world-recognized leader in cancer research. The MMRF continues to disrupt the industry today, as a pioneer and leader at the helm of new research efforts.  Since its inception, the organization has raised over $330 million and directs nearly 90% of the total funds to research and related programs. To learn more, visit themmrf.org

J T Eilertsen
In honor of a great man and friend. Dave will be missed. Wonderful tribute to his life done by his three sons Larry, Steve and Mike.
5.

The Tashima Family
We are so very sorry for your loss.
6.

Sandy Vance
Betty, I am so sorry for your loss! May Dave rest in peace! Love, Sandy and Paul Vance

Lawrence Burt
We love you Dad.
8.

Grace Henley
Dear Toddy and Steve- We are so sorry for your loss. Please know you and your family are in prayers. Love, Grace and AB Henley

Lawrence Grube
May you RIP my friend