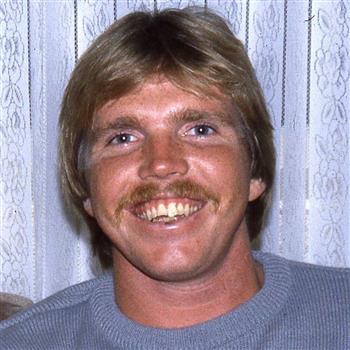 In Memory of Mike Bullis

Mike was born on August 18, 1959 in Queens Village, NY; the son of Orville Williams and Maureen (Burke) Bullis. He graduated from Smithtown High School in Smithtown, New York. Mike worked for Steel Workers Union in New York; He moved to Cedar Falls in 2002 and worked for Eller Insulation for several years.


About the MMRF:
The mission of the Multiple Myeloma Research Foundation (MMRF) is to find a cure for multiple myeloma by relentlessly pursuing innovation that accelerates the development of next-generation treatments to extend the lives of patients. Founded in 1998 by Kathy Giusti, a multiple myeloma patient, and her twin sister Karen Andrews as a 501(c) (3) nonprofit organization, the MMRF is a world-recognized leader in cancer research. Together with its partners, the MMRF has created the only end-to-end solution in precision medicine and the single largest genomic dataset in all cancers. The MMRF continues to disrupt the industry today, as a pioneer and leader at the helm of new research efforts. Since its inception, the organization has raised over $400 million and directs nearly 90% of the total funds to research and related programs. To learn more, visit themmrf.org.

Patricia Bullis
Sending love and support to all of Mike's loving family. Our hope is that memories of him will bring you all peace and comfort. Jim and Patty Bullis

Kim Bullis-Byrd
I know nothing I say can ease your sorrow. I’m just want you to know I’m sending you all my love and wishing you peace. Mike was a guy with a big heart. I will always remember him as gregarious and laughing. I hope you will too. Rest In Peace, Mike.

Kate Bullis and Family
Thinking of Michael and sending love and sincere sympathy to his whole family - especially his wonderful parents and brothers. We love you all.
4.

Liz Bullis
My deepest condolences to Aunt Maureen, Uncle Bill, the Bullis Boys, and Mike's own family. I am thinking of you and hope that joyful memories of Mike help ease your pain. XOXO