Join us on sample date

Create a Page Find a Page

Give Special Meaning to Your Special Day with a Tax-Deductible Gift to the MMRF!

In lieu of Wedding or Special Occasion Party favors:
Make your event even more meaningful by turning it into a way to support the research efforts of the MMRF. Give a donation in honor of your guests or in honor or in memory of a loved one. 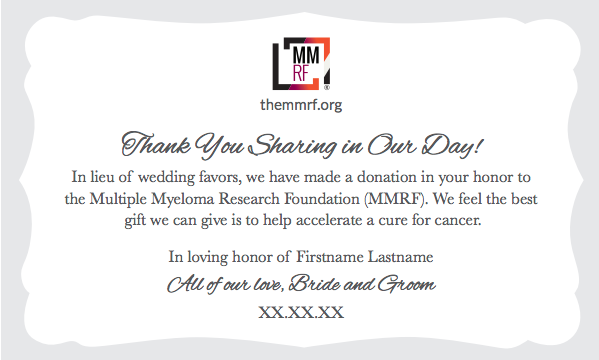 
Wedding and Gift Registry:
Don’t need another blender? Turn your day of love into longer lives for others. 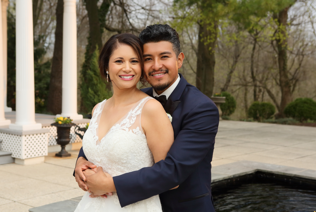 Arlene’s dad, Edward Brens, passed away in January 2016 from multiple myeloma after a courageous battle.  When Arlene married Juan Figueora in April 2017, it was very difficult not having her dad by her side.  So she found ways to honor him in every way that she could.
“One of the ways I chose to honor him was through the wedding favors.  What a better way to honor his memory than to give to MMRF, an organization dedicated to finding a cure for the cancer that took him away from us.” – Arlene

For a Tribute page created prior to January 2017,
please contact Amy Crawford
crawforda@themmrf.org/(203) 652-0221.
Thank you for your support.