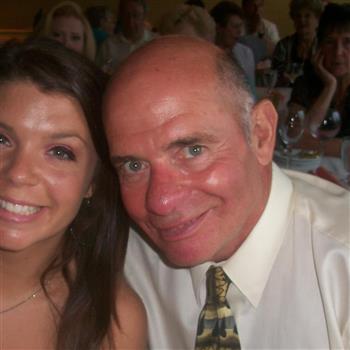 In Memory of William Pacione

William Pacione, 69, of Epping NH, died Monday, December 17th peacefully in his home after a long and courageous battle with cancer. He was born December 19, 1948 in Lawrence, MA to Guido and Theresa Pacione.
William “Bill” Pacione grew up in Lawrence, MA with his parents, sisters, aunt and uncle and was an active member of youth sports including baseball and basketball. He graduated from Central Catholic and went on to graduate from Northeastern University in 1972 with a degree in physical education.
Bill married Pamela Emmett on February 14, 1978 and the couple raised three daughters Carla, Leah and Alicia in Haverhill, MA. Bill owned and operated Motor Medics where he repaired vehicles for many loyal customers in the community. In his spare time he was extremely active competing in many sports such as basketball, softball, cycling, bowling, skiing and especially handball. Bill was a seven-time Haverhill handball tournament champion during the 1970s and 80s and continued to play handball with his Merrimack Valley “crew” multiple days per week throughout his life.
In 2004 Bill and Pam moved to Epping, NH where they ran a horse farm and could often be seen strolling around town on horseback. Bill was a member of the New Hampshire Governor’s Horse Guard and participated in many parades and ceremonies in locations such as Boston, New York City and Gettysburg.

Be the first to donate!